ITTV @Venice Film Festival just started! Valentina Martelli and Cristina Scognamillo presented a panel with Iginio Straffi, founder of Rainbow, the Italian production company of the famous Winx, and the new animated series Pinocchio and friends.“We always tried to be ahead of our time”, said Iginio Straffi. “We created strong women, with the Winx, twenty […]

GoodGirls Planet and Toscana Film Commission presented in Venice, during the Mostra del Cinema: “Showrunner Lab”, a new project that aims to teach the new generation of artists how to run a serial tv show. “In Italy, we don’t have the position of the ‘showrunner’, so we want to learn from the best. Our lab […]

Why an Italian Festival in LA?

In a time in which everybody is looking for something new and fresh: new stories, formats, talents, Italy is a fertile ground.
Italian television series, especially content produced for TV and web, represent a growing share of the international audiovisual market.

Gomorra, The Young Pope, My Brilliant Friend, Romanzo Criminale, The Medici, Suburra, have intrigued the American and international public at large.

All the digital networks have broadened to include an international audience, generating a continuously growing demand for multi-lingual products that go beyond «English-only».

TV is no longer just linear

ITTV promotes Italy as a creative and innovative system for the world’s most important content market.

ITTV presents: a conversation with Iginio Straffi and the Festival founders on the future of Rainbow Group

In over 25 years of history, Rainbow Group has established its leading reputation in the entertainment industry, becoming one of the major international players in the creation and production of both animated and live-action TV and film products

“Mila, the Power of the Message in Animation”  with writer and director Cinzia Angelini, Luca Milano director of Rai  Ragazzi, and  Valentina Martelli executive producer.

Animated short  Mila has entered the festivals’ circuit that qualifies for the Oscar selection. The film is inspired by true events that occurred in Trento, Italy, in 1943 but Mila represents all children, in any war, of any time.

“Mila” was produced thanks to the heroic efforts of an international team of 350 volunteers from over 35 countries.

“From Book to Screen. What Producers are Looking for.”

It is undeniable that the TV landscape is vastly different today compared to a decade ago. The biggest change we’ve seen in the television industry is the rise of over-the-top (OTT) digital video media and its services. With the increased adoption of OTT digital video, along with the majority of broadcast and cable networks offering a plethora of viewing options, which idea, book, script makes it to the screen. Which are the characteristics that make a Tv series or a movie, an international success.

One of Hollywood’s most celebrated buildings, it occupies the original CBS Studios, the world’s first structure built intentionally for broadcast where artists like Orson Wells and The Beach Boys built their legacy. Panels, private screenings, networking and parties will be host here.

Nestled right in the epicenter of the last remaining ethnic enclave of Italian Americans in Los Angeles, San Pedro has over a century of Italian history embedded into its roots. Audience’ screenings and public screenings will be hosted in the new “Italian” square in San Pedro.

The idea of a festival came about to facilitate the conversation between those who, in Italy, think, write and produce audiovisual content, with those who, internationally, distribute, are in search of ideas, and/or seek alliances for co-productions.

The festival also offers a social setting for showcasing the latest trends in smartphone and VR headset content implementation.

It will promote also a deep collaboration between international productions, host cities, the tourism industry, and Italian companies who want to successfully affirm their brands, worldwide.

ITTV Festival will showcase a wide array of Italian productions, and will capture the imagination of American and international veterans of Television series, films for TV, streaming productions, reality shows, web series, and titles in original Italian format that are ready for export.

Launch date was September 19, 2019 - see pictures and video below.
ITTV Festival I The Preview - a program to promote the continued growth of cultural and business synergies between Italy, the U.S. and the rest of the world.

The future editions of the festival will be held in September, during the week before the Emmys, the most important TV awards.

ITTV, A STORY BY IMAGES 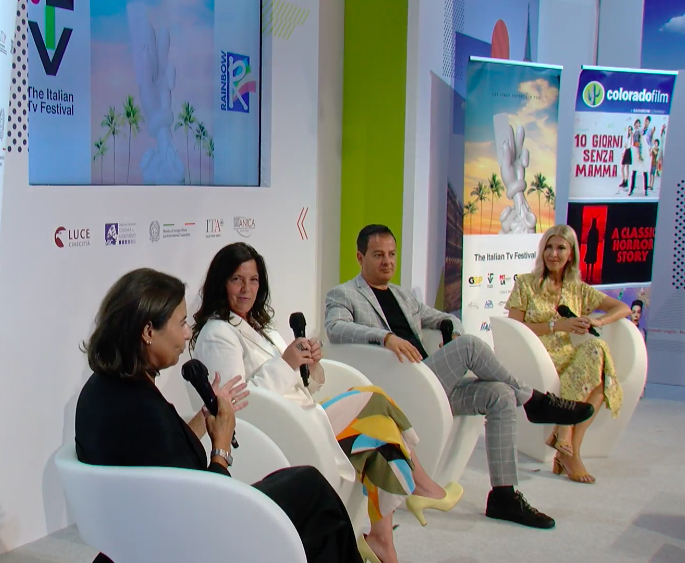 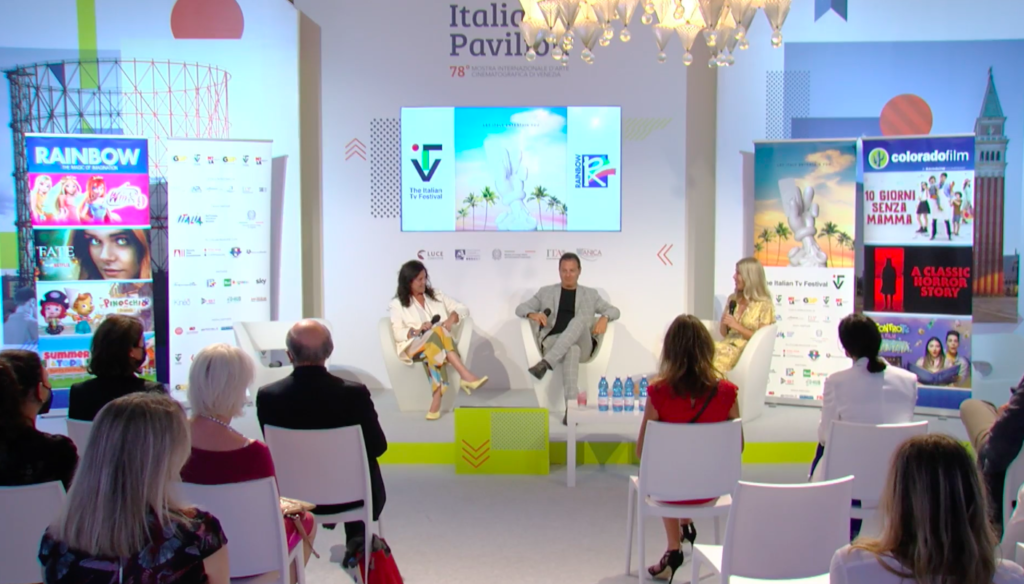 ITTV AND RAINBOW IN VENICE!

The festival is the brainchild of

The Armando Testa Group company that promotes operations related to the world of entertainment in Hollywood, as well as advertising campaign of Italian products on the American market.