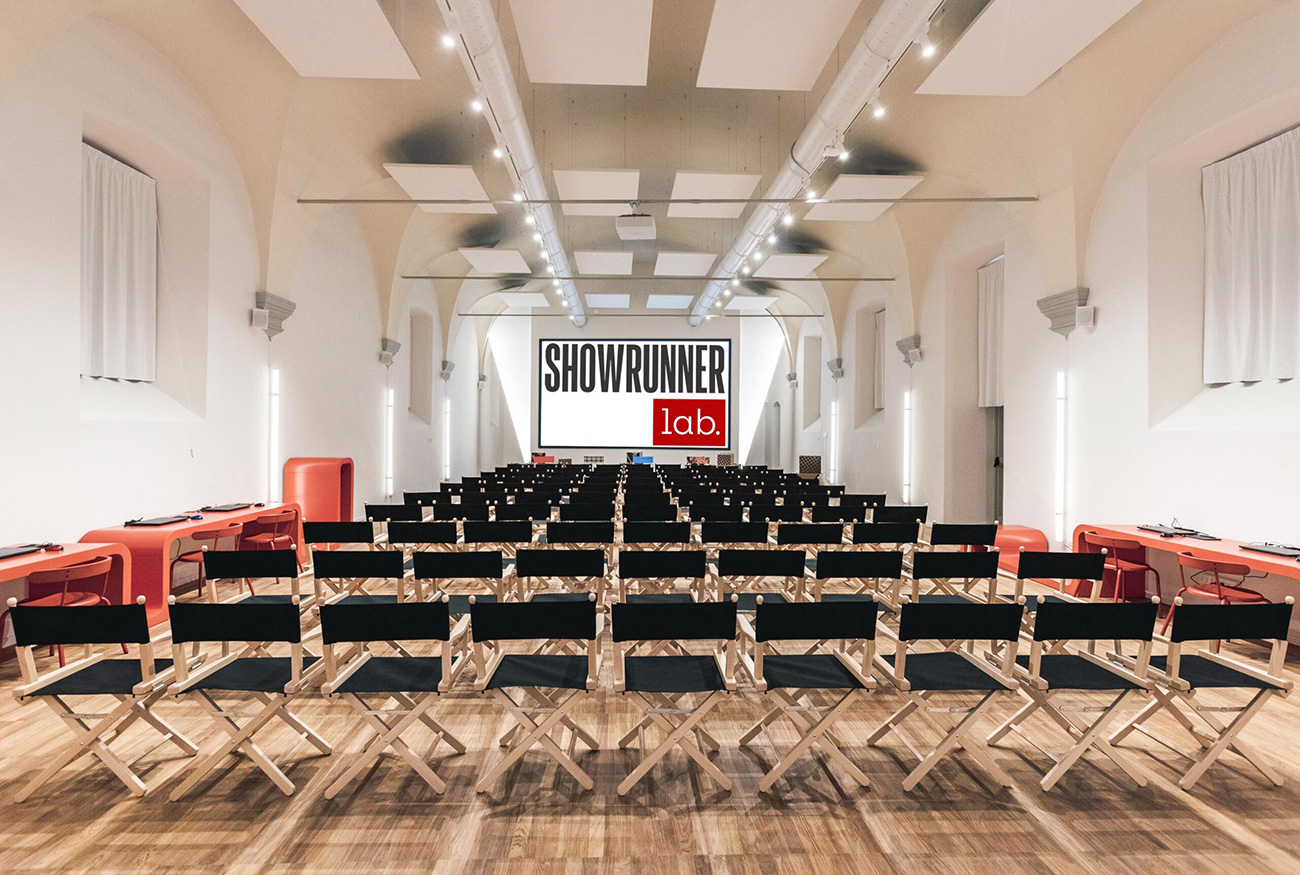 From the 25th of January 2022 the call to participate in the first Italian specialization course for the Showrunner profession : it’s the Showrunner Lab. (1 April-19 June 2022) organized by Fondazione Sistema Toscana, Tuscany Film Commission, Manifatture Digitali Cinema, in collaboration with Good Girls Planet & ITTV Forum & Festival of Los Angeles and PIN – University Center of Prato. The course is aimed at young people between 18 and 25, graduates, with a passion and aptitude for TV series, writing, organization, entrepreneurship. That of the Showrunner is a figure who in the Italian audiovisual system has not yet taken a lot of field, but who in the rest of the world has became fundamental since a long time: the Showrunner is the creator, the screenwriter, the producer, the one who administers the budget, who manages the relationships between directors and producers, who supervises pre and post-production within the TV series, especially the long-running ones.

The time has now come to introduce you to the teacher and the tutor who will follow the workshop participants and to reveal the first international guests protagonists of unique and exclusive workshops during the course (… in the next few days, we will also give you the other names!).

Let’s start with the teacher and the tutor:

Cristina Borsatti is a screenwriter, journalist, writer and teacher. She began his career as a story editor for film and television in 2001. Since then, she has edited and developed hundreds of screenplays. She collaborated in the writing of the series Lo Squadrone – Cacciatori di Calabria, factual in 4 episodes broadcast on Rai 2. She wrote, with the director Simone Aleandri and the writer Andrea Di Consoli, La notte più lunga dell’anno, a feature film produced by Clipper Media and Rai Cinema in collaboration with Sky, distributed by Vision and starring, among others, by Ambra Angiolini, Alessandro Haber and Massimo Popolizio (released in theaters at the end of January 2022). In 2020, he founded a production company: Wuman Visions.
Cristina Borsatti teaches Film and Television Screenplay at the Griffith Academy of Cinema and Television in Rome. Among the published volumes, two are dedicated to screenplay: Scrivere per il cinema e la televisione (2018), Scrivere sceneggiature. Dal grande al piccolo schermo (2020).

Francesca Scanu (1986) is a screenwriter and producer. After graduating in Modern Literature, she studied Screenwriting at the Griffith Academy and at the RAI-Script course. With the screenplay Non vedo, non sento, non parlo, she reaches the final at the Solinas Experimenta Prize 2011 and wins the special mention of the 2012 Mattador Jury. In 2013, with Entela, she wins the Mattador Prize as the best screenplay for feature film. She founded the Cocoon Production with Andrea Zuliani, for which she wrote and produced the short film Per Anna, by Andrea Zuliani, nominated for the David di Donatello 2016 and winner of 11 prestigious awards around the world. She collaborates as producer and assistant director, among others, in the film Il corpo della sposa, by Michela Occhipinti. On the occasion of the 10th edition of the Mattador Prize, she returns to the stage of the Teatro La Fenice as a juror. In 2019 she won the Biennale College Cinema with the film La Santa Piccola, written with the director Silvia Brunelli, presented at the Venice Film Festival 2021. With Andrea Zuliani, she wrote the feature film Le ragazze non piangono (produced by Raindogs, Twister Film and Showlab, with RAI Cinema), now in post production.

And here are 3 of the international guests scheduled on the calendar:

INTERNATIONAL GUESTS OF THE WORKSHOPS

President of Skybound Entertainment, Sean Furst produced The Walking Dead series with Skybound. Executive producer of the Robert Kirkman’s Secret History of Comics docu-series, Dead By Dawn series for National Geographic Wild, The Mastermind, Five Year, Dice series for Showtime and Star-Crossed sci-fi series for The CW Network. For the cinema he was producer of, among others, Oblivion Song, Invincible and Across the Void. He has also produced such titles as The Cooler, Oscar nominated, The Matador, Golden Globe nominated, The Girl in the Park, Daybreakers and Owning Mahowny.

Chad Kennedy is Executive Vice President of Production & Development at Magic Quill Productions, the new writers’ collective formed by writers and executive producers Joe Henderson (Lucifer), Georgia Lee (PartnerTrack) and Matt Owens (OnePiece). For over a decade, in both his time as Vice President at Warner Bros. Television Studios and Lionsgate Television, Chad Kennedy has supervised many highly successful tv series, including: Without a Trace, One Tree Hill, ER, Southland, Shameless, Revolution, The Big Bang Theory, The Royals, Nashville and Greenleaf. As Vice President of Programming at Warner Bros. Television Studios, he supervised The 100, Legends of Tomorrow, Veronica Mars, Lethal Weapon, Castle Rock, What / If, Doom Patrol and Lucifer.

Jeremy Spiegel (Executive Producer / Showrunner / Creator / Writer) is the Executive Producer of the Emmy-winning American newsmagazine Extra. Spiegel is co-creator and executive producer of the Lifetime TV show Elizabeth Smart: Finding Justice, which focuses on real crimes. He has traveled the world to cover some of the most important stories of recent years, including: both O.J. Simpson’s trials, the Olympics and John Kennedy Junior’s plane crash. Jeremy Spiegel also co-created and produced the Emmy-winning series Crime Watch Daily with Chris Hansen, the reality series H8R, the daytime talk show Dr. Drew’s Lifechangers, and Inside the Vault, a talk show produced by Telepictures, Liquid Thread and General Motors. He began his television career at FOX in New York.